greetings,
have got something to announce and am looking for help from bloggers to dig deep into their e-pockets and support a good cause.

recently in the UK,a evil little pyschopathic waster set fire to the UKs biggest dogs home outside of londons battersea and the result was the death of over sixty dogs,mass destroying of many buildings, mass tranquilization of survivors due to the acute stress it caused and mass smoke inhalation injuries.
http://www.independent.co.uk/news/uk/crime/manchester-dogs-home-fire-teenage-arson-suspect-bailed-as-dog-selfie-donations-pass-12-million-9730930.html

was really affected by this,went out and bought dog food for one of the collections our local ASDA was doing for the home and also donated some money through pets at home.

have decided to a sponsored swim for the dogs as well and last night had started a just giving page;
https://www.justgiving.com/em-scott1
if anyone coud donate-however small or share the page somewhere woud be truly greatful.
am going to do the swim when have collected enough sponsors.

an open letter to companies; RE two to one support

dear companies,
please!! consider looking at the way support staff are accomodated when those of us with two to one support [or three to one in some cases] pay our money to access the companies services,we are being left out of accessing many services because of ancient company regulations that do not recognise our needs.

those of us with severe disabilities are already on very little money as we have to pay all of ours towards care,mobility and disability needs,we dont get extra money to spend on paying for two support staff to come with us into services like the cinema or an aquarium for example.

we have two support staff because we have high behavioral/support needs,its a NEED not a luxury, the second support staff isnt just coming along for a free ride,theyre there to work with us and keep us safe while accessing the community.
so why is it companies have great trouble recognising that disabled people often have more than one support staff?

yesterday,had gone to the cheshire game and country show in knutsford,cheshire and they said they woud accept one support staff in free but not two,if it hadnt been for dad being with us who was a paying customer woud not have been able to go in as needed to be supported by two people in there.

why cant service users with two support staff have their support staff show their work identity badges to show they are working or require a service user registration system so that we are flagged up on the system as needing two staff? knowsley safari park has a similar sort of system in place for those of us who have a lot of support staff so why cant other companies put something into place? we are paying customers after all and it isnt fair we are being isolated out of society.
Posted by Em at 8/26/2014 01:41:00 am 6 comments:

went to knowsley safari park near liverpool again today;am owner of a annual membership card there and can go as many times as want.

borrowed the iphone of one off the staff because tablet wasnt charged.
the baboons tore away at the car which was funny but staff were banging on the window telling them to get off,also telling them am going to end up paying for their damage when am trying to save up for a top of the range wheelchair,pretty funny as doubt the babboons understood that rant or cared about a wheelchair 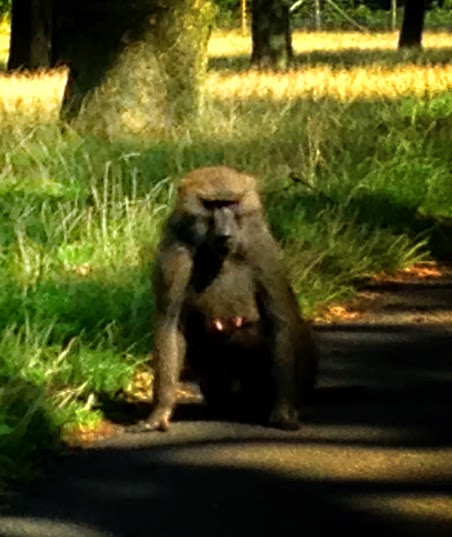 a baboon with his?/her? nips out. 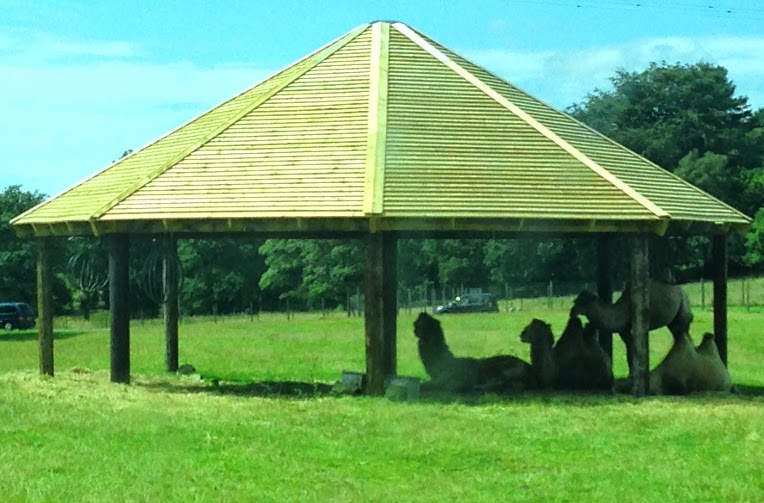 camels sheltering from the heat,their bretheren and sisteren from afar woud laugh at them for finding english weather hard. 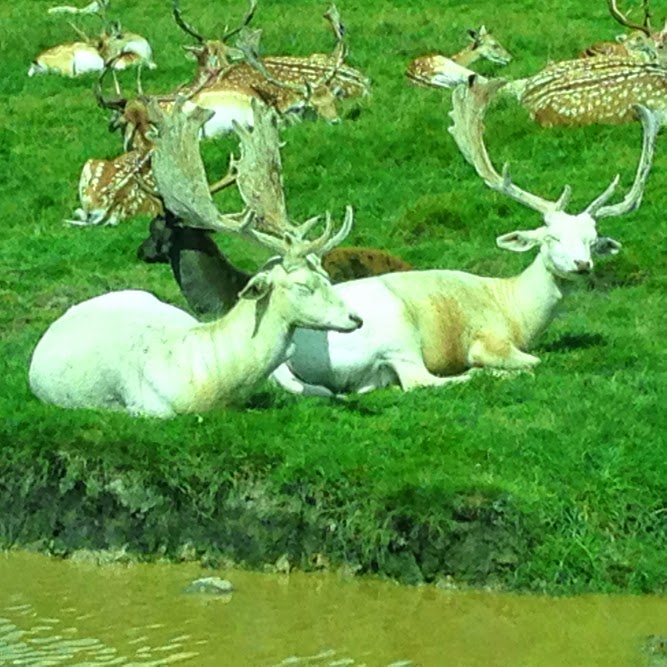 some kind of deer? both enjoying basking in the sun. 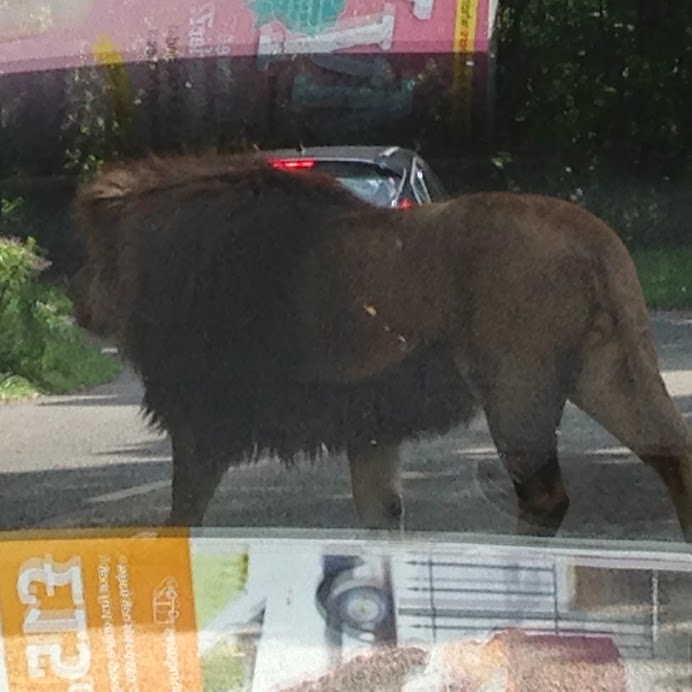 a mighty lion heading over to hump one of his mistresses, unfortunately spoiled by the reflection of a pets at home magazine on the dashboard. 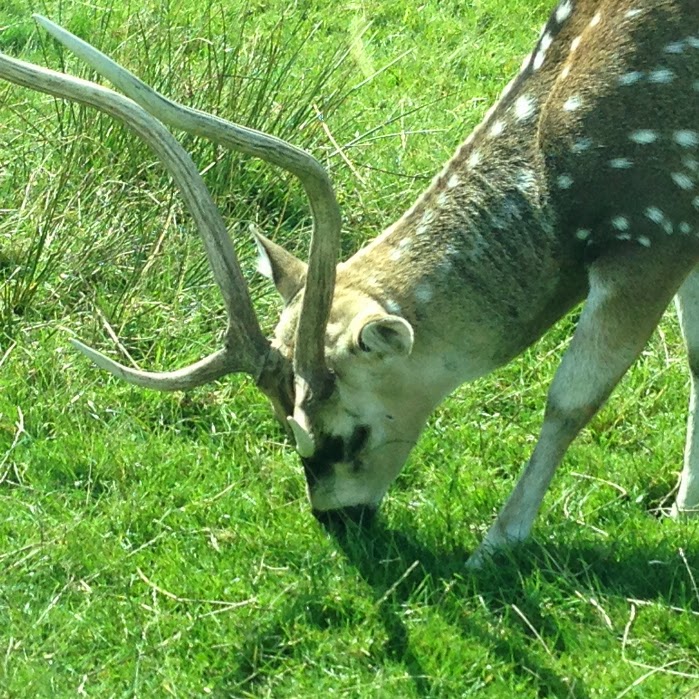 some type of deer again,beautiful spots. 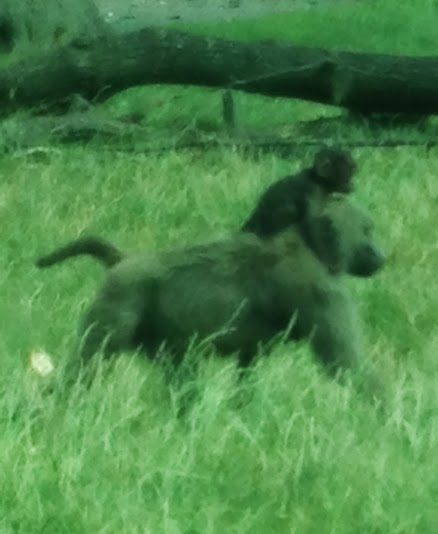 baby riding baboon,he is able to walk but kept diving on mamma. 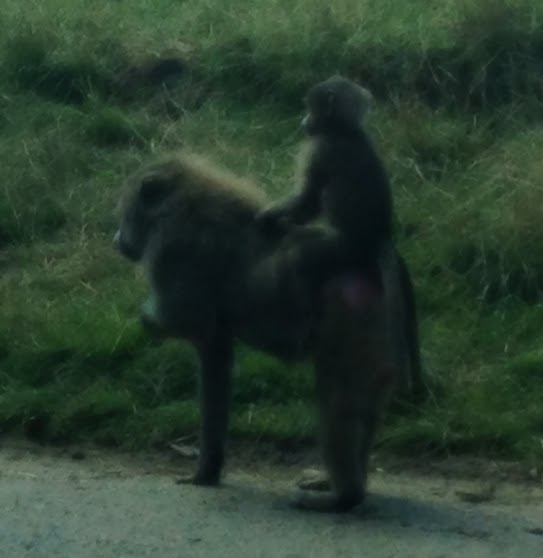 a toddler baboon who has obviously grown to big to ride daddy,but he didnt give up without a fight. 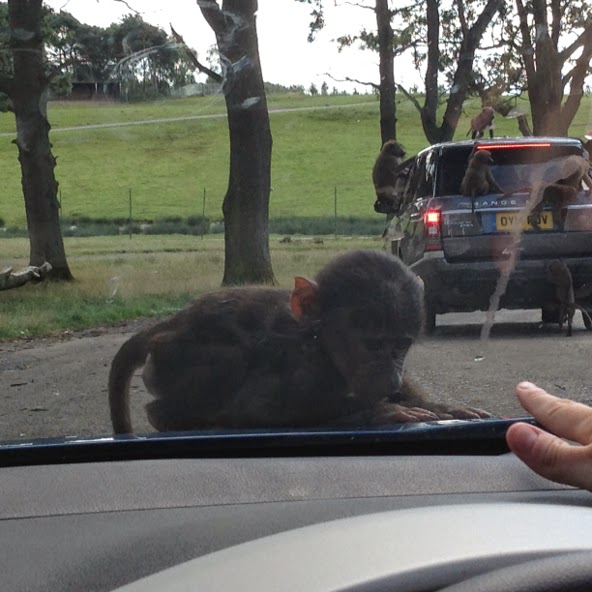 tiny baboon baby,the support staff was pointing at the streak of baboon piss down the window. 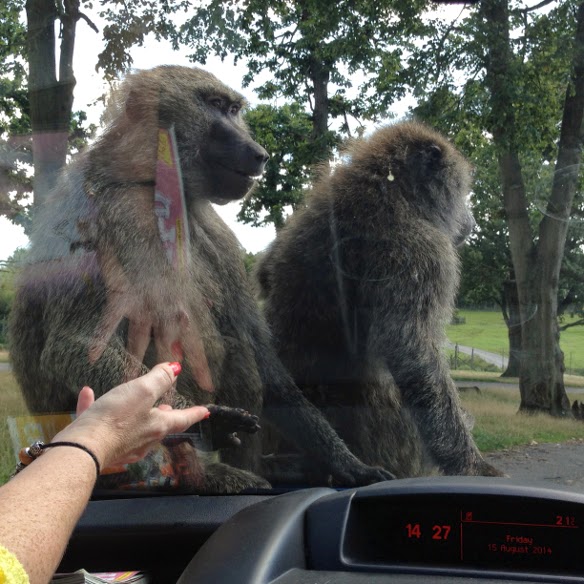 baboons just chillin, support staff in passenger seat kept trying to touch the paw through the glass even though it isnt ever going to happen, them bolton folk are strange. 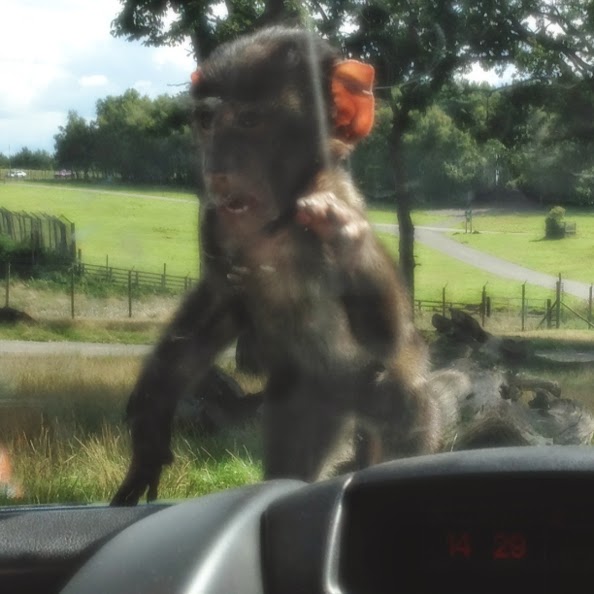 how cute is this little baby? 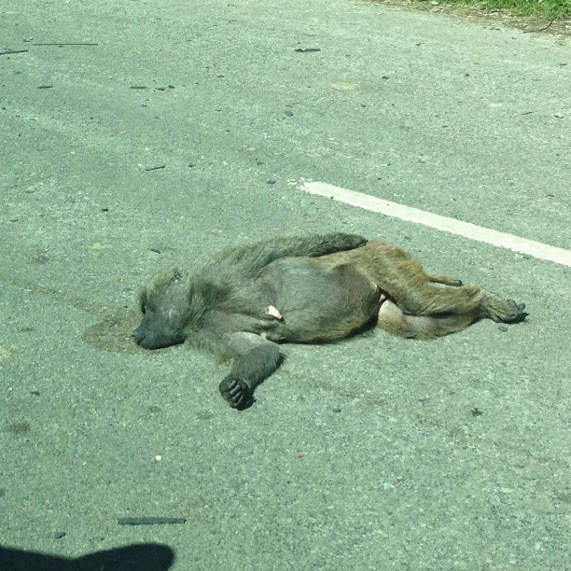 we thought this baboon had been run over by one of the nobhead drivers who were busy speeding along,we banged on the window to try and get its attention,fortunately it got pissed off by the noise enough to look up slightly,huff at us and put his head back down again. 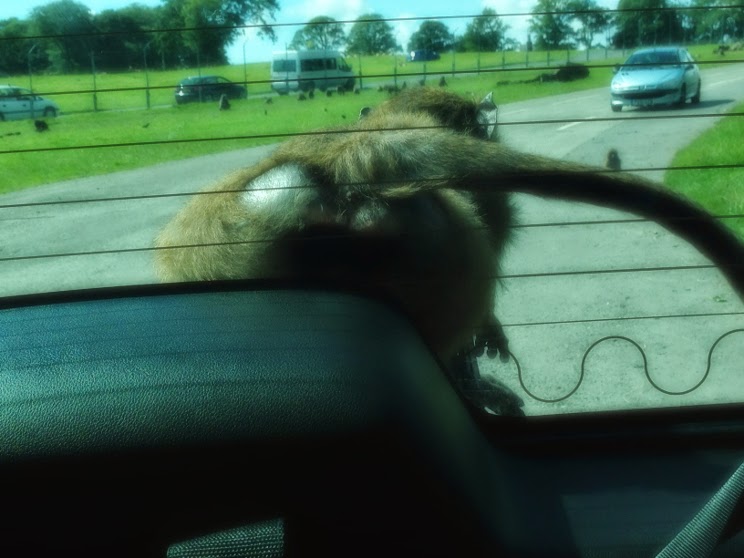 we got mooned by a baboon while he was trying to rip off the rear wind screen wiper.
they managed to break plastic off the car and ran off with it as one of many trophies to put in their collection but got nothing else thankfuly.
Posted by Em at 8/16/2014 01:43:00 am No comments:

hey,its the old r word in the limelight again.
robins? rollercoasters? roosters? rhinos? roombas?
no.
robbing bastards? rigormortis?
not quite.

its retard/retarded.
have been seeing it rear its ugly head on forums the world over in recent months,including on a disability forum;AKA wrong planet where most recently one user today instructed people to act silly but not to 'act retarded'.
in this useage,its not a direct insult but it ignorantly and offensively insults those of us who have intelectual disability by people relating us to childish behavior,we arent children,we are adult with adult brains and dont deserve to be what people think of when they want a representation of stupidity,we deserve the same basic respect as everyone else,and woud especialy expect more from people who also have disabilities and know what its like to experience prejudice,stigma and disablist ignorance and insults.

am sure the support staff of mine will say am anything but stupid when it comes to general computer problems and having a visual sat nav in brain which has got them out of trouble time and time again.
the only stupid thing is the way we are continuously believed to be children in adults bodies, compare people to computers;we are the ones who have a single processor;we have a limited capacity to process things which has a impact on our functioning, non intelectualy disabled people are those who have dual core or quad core processors,being a single processor unit doesnt make us worser people it just makes us more limited-we age and become adults the same way as everyone else,just because we arent functionaly adults doesnt mean we are stupid or adults with child brains.

stupid is using a group of people have got no understanding of as a comparison for something- especialy when negative.
stupid is using a disability to represent a behavior that can be found in even the most highly inteligent adult.
stupid is when people are ignorant of a group of highly vulnerable people and choose to tarnish them and their disability by association; on the internet,knowing the majority will not have the capacity or the equipment to argue their own view back at them.
Posted by Em at 8/15/2014 02:59:00 am 1 comment: 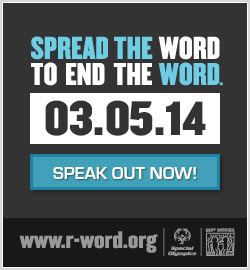