[EDITED POST]
the little madam herself was squeezed into the world by sis,not long ago [thursday night-uk].
had found out today she was in hospital since tuesday to be induced and in the end she had to have diamorphine and had lost a lot of blood so was kept in a bit longer-she only got out this afternoon [saturday].

self,mum and dad went to see the baby,sister and bro in law this afternoon.
we only got back not long ago-tonight so heres a photo till tomorrow.


was told the little madam has slight jaundice,which is normal for babies due to something or other which dont know what the hell she was going on about,but she is ok-that will go away,
she seems super intelligent,and was told by sis am natural at calming her-kept her quiet throughout all her kickoffs,though got pissed on by her which didnt matter-coudnt stop laughing,at least it aint self doing it for once. 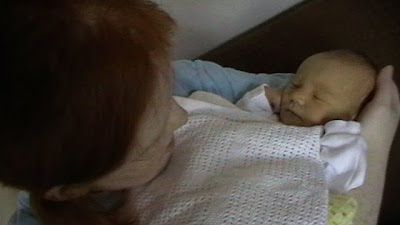 she kept making gang signs,and sticking her middle finger up at people,as well as the backward V sign-though cannot be blamed for teaching her swearing signs this time.

they are going to teach her makaton as soon as possible,as babies can learn sign quicker than speak.


sis had also said something recently which confirmed why she was an awesome sister,
had asked her if it was possible to test for all developmental and learning disabilities, such as autism spectrum,learning disabilities,downs [which has a test] etc,woud she take the test and
get abortion to get rid of them,and she said she woud never get any such tests given the choice,that she woud see them equally whether they were disabled or not and woud love them all the same if they did happen to be born with any condition.

am at it every single day usually,and will use different forms of it.
talking of hacking of course.
didnt used to consider self a hacker,as was only using RATs but this isnt the case anymore.
am interested in penetration testing,and have grey hat standards,its extremely addictive-as its helping people out via testing their security.
have informed people when have managed to gain entry to their admin CP,or their cpanel.
have learnt so much by doing it.

a large amount were businesses,who shoud know better.
and there were even bigger groups with sites hacked,though they are staying nameless for obvious reasons.
and one site which shall also remain nameless; the first accessible page upon logging in was the database which had all customers phone numbers,home addresses,credit card details etc-instantly just got out of there,coudnt believe customers who had paid for their service were having their details so easily on view.
all it took was a SQLi sequence,to be logged in as admin.
SQLi in full means structured query languange injection, by using using SQLi sequences as admin and password,had easily gained access-SQLi just confuses the db into accepting a log in,this was no big coding job am talking about.

people really need to think about the sites they are buying from,seriously because am aware of some major ones that have been hacked,including recently-through exploits.


it took a long time to get up to this level,due to learning disability,and it still limits what can do in hacking,but am hoping to improve as far as possible to help others become aware of the security of their site,and have also very slowly been learning C++ at the moment-though nothing has made sense or stuck in head,but am determined to do it....eventualy.
have got a wish to eventually make various programs for people with autism and/or learning disability,and it may not be even possible but woud love to make a free open source internet browser backed up with PECS so people who cant read at all can join in.
and maybe some PECS software that doesnt cost.
and maybe a program which,when a user highlights a sentance;it reads it out more simpler and less literal.
-have got so many ideas that have wanted to make,but cant do it without understanding a programming language.
Posted by Em at 3/22/2011 01:03:00 am No comments: Links to this post 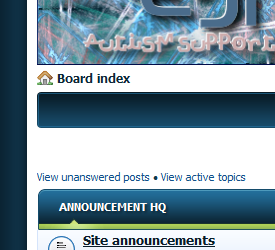 The above picture is a sneak preview into EDFN,well....the forum side of it anyway.
have been slowly working on the other part of the site,and also getting side tracked with hacking,but EDFN will be launched for international autism awareness day,which is around the start of april.

cat addict in the making

friday-the day after st patricks,was the day sister was expecting the birth of tiddles,also known as her baby girl and some stupid names for ideas she has come up with.
anyway,on friday had finally managed to get tiddles a clothes set,given that kitteh clothing is very rare,this was a awesome thing indeed: 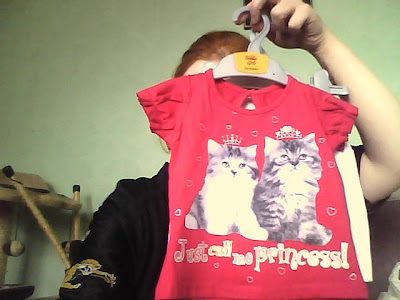 have decided to put the robinsons equestrian vouchers had got for birthday off sister,to some horsey themed presents for the baby.
technicaly shoud be putting it towards a new pro II riding skull; had unknowingly smashed the top of the current one when was out of control in bedroom recently,pro IIs are only one below the most profesional skull available,so they arent cheap. 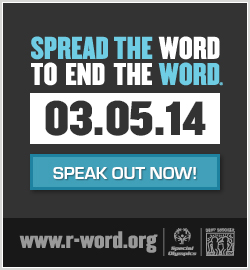